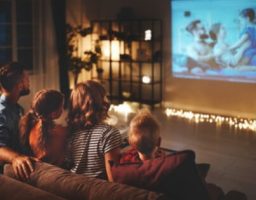 1. action /ˈæk.ʃən/
(n.)動作片
a type of film in which a lot of exciting things happen

2. adventure /ədˈven.tʃɚ/
(n.)冒險片
a genre of film that typically use their action scenes to display and explore exotic locations in an energetic way.

3. comedy /ˈkræk.ɚ/
(n.)喜劇片
a (type of) film, play, or book that is intentionally funny either in its characters or its action

His latest movie is described as a “romantic comedy“.
他的最新影片被描述為一部「浪漫喜劇」。

4. drama/ˈdræm.ə/
(n.)劇情片
a genre that relies on the emotional and relational development of realistic characters

5. horror /ˈhɔːr.ɚ/
(n.)恐怖片
a film in which very frightening or unnatural things happen, for example, dead people coming to life and people being murdered

6. romance  /roʊˈmæns/
(n.)愛情片
a film that focuses on the development of love between the main characters

7. animation /ˌæn.əˈmeɪ.ʃən/
(n.)動畫片
moving images created from drawings, models, etc. that are photographed or created by a computer

Thanks to computer animation, it is now possible to make cartoons much more quickly than in the past.
有了電腦動畫製作技術，現在製作動畫片比過去快多了。

8. thriller /ˈθrɪl.ɚ/
(n.)驚悚片
a film that has an exciting story, often about solving a crime

9. suspense /səˈspens/
(n.)懸疑片
a film that features a build-up of suspense, tension, uncertainty, menace, and anxiety as primary elements.

10. science fiction (sci-fi)  /ˌsaɪəns ˈfɪk.ʃən/
(n.)科幻片
a film about an imagined future, especially about space travel or other planets

Match the correct meaning to each vocabulary.

a) a film that has an exciting story, often about solving a crime

e) a (type of) film, play, or book that is intentionally funny either in its characters or its action

12. war /wɔːr/
(n.)戰爭片
a film genre concerned with warfare, typically about naval, air, or land battles, with combat scenes central to the drama.

13. western /ˈwes.tɚn/
(n.)西部片
a genre of fiction that tells stories set primarily in the latter half of the 19th century in the American Old West.

14. epic/ˈep.ɪk/
(n.)史詩片
a film that is long and contains a lot of action, usually dealing with a historical subject

It’s one of those old Hollywood epics with a cast of thousands.
這是老牌的好萊塢史詩電影之一，演員陣容達到數千人。

15. historical /hɪˈstɔːr.ɪ.kəl/
(n.)歷史片
a fiction film showing past events or set within a historical period.

16. crime/kraɪm/
(n.)犯罪片
a genre that revolves around the action of a criminal mastermind

17. superhero /ˈsuː.pɚˌhɪr.oʊ/
(n.)超級英雄片
a film that is focused on superhuman abilities relative to a normal person and is dedicated to protecting the public.

19. seat /siːt/
(n.)座位
a piece of furniture or part of a train, plane, etc. that has been designed for someone to sit on

My ticket says 22D but there’s already someone in that seat.
我的票是22D，但已經有人佔了那個位子。

20. curtain /ˈkɝː.t̬ən/
(n.)（舞臺上的）帷幕，幕布
the large screen of heavy material in a theater that separates the stage from the area where people are watching

Circle the word that has the same meaning.

1.a genre that revolves around the action of a criminal mastermind

2.a theater where people pay to watch films

3.a play or film in which part of the story is sung to music

21. audience /ˈɑː.di.əns/
(n.)觀眾；聽眾
the group of people together in one place to watch or listen to a play, film, someone speaking, etc.

The audience was/were clearly delighted with the performance.
無疑，觀眾非常喜歡這場演出。

22. director /dɪˈrek.tɚ/
(n.)（電影或戲劇的）導演
a person who is in charge of a film or play and tells the actors how to play their parts

23. producer /prəˈduː.sɚ/
(n.)製作人，製片人
a person who makes the practical and financial arrangements needed to make a film, play, or television or radio program

24. editor /ˈed.ɪ.t̬ɚ/
(n.)（電影電視的）剪輯員
a person who corrects or changes pieces of text or films before they are printed or shown

25. actor /ˈæk.tɚ/
(n.)演員
someone who pretends to be someone else while performing in a film, play, or television or radio program

Part of the movie’s success lies in the strength of the supporting cast.
影片的成功部分歸功於強大的配角陣容。

28. scene /siːn/
(n.)場景，場面；鏡頭
a part of a play or film in which the action stays in one place for a continuous period of time

The movie has a very simple plot.
這部電影情節很簡單。

Discuss the questions with your tutor. 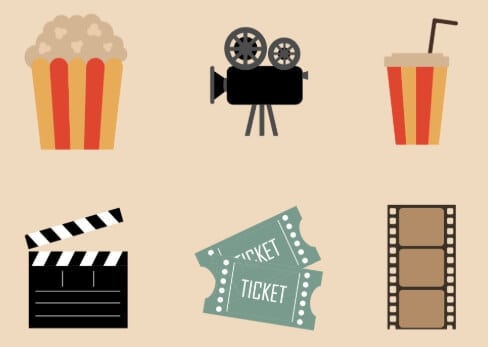